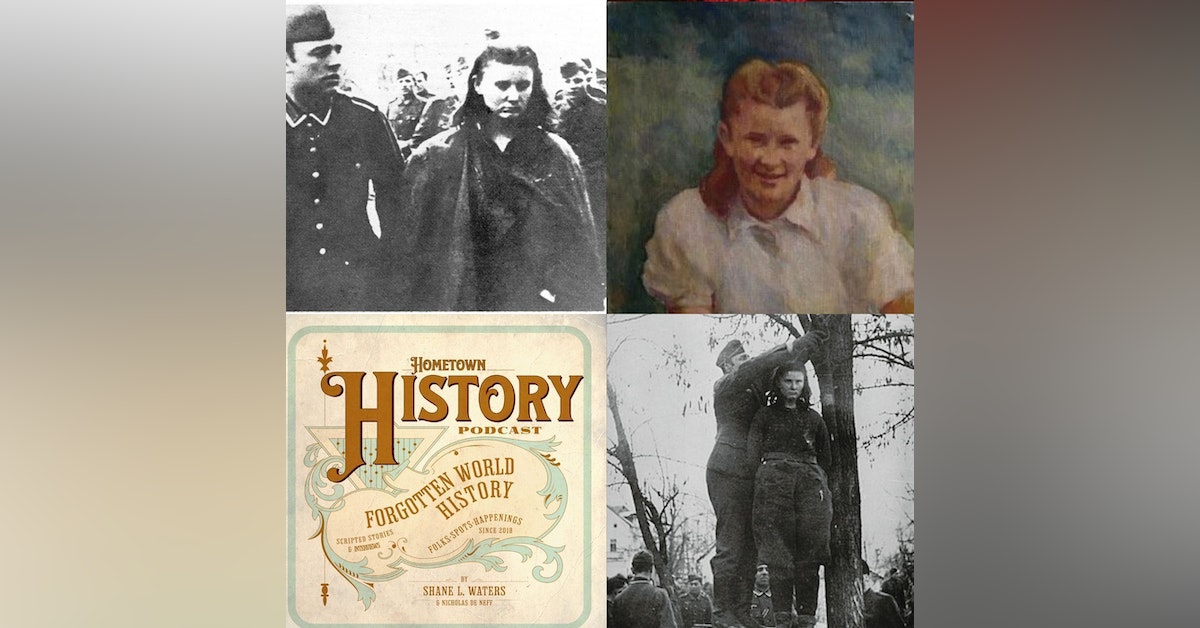 17-year-old Lepa Radić was a Yugoslavian partisan, having joined the communist party at age 15. Two years later, while tending to the wounded at the battle of Neretva, Lepa was captured and tortured for more than a week for information. She refused. Her Nazi captors sentenced her to death.

As she stood on a wooden box with a noose around her neck, the executioner gave her one last chance to provide the names of friends and allies. This is what she said:

“I am not a traitor of my people. Those whom you are asking about will reveal themselves when they have succeeded in wiping out all you evildoers, to the last man."

"Long live the Communist Party, and partisans! Fight, people, for your freedom! Do not surrender to the evildoers! I will be killed, but there are those who will avenge me!"